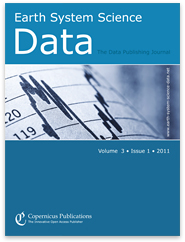 The latest annual update of the Global Carbon Budget shows that the remaining CO2 emission "quota" may be used up in one generation, and half of all fossil fuel reserves may need to be left untapped.

Carbon dioxide emissions, the main contributor to global warming, are set to rise again in 2014 – reaching a record high of 40 billion tonnes. The 2.5 per cent projected rise in burning fossil fuels is revealed in the annual update of carbon emissions and sinks by the Global Carbon Project published as a discussion paper in the open access journal Earth System Science Data.

The Global Carbon Budget 2014 shows that global CO2 emissions from burning fossil fuel and cement production also grew 2.3 per cent to a record high of 36 billion tonnes CO2 in 2013. The largest emitters were China, the USA, the EU and India, together accounting for 58 per cent of the global emissions in 2013. Emissions from deforestation remained low in comparison, at an estimated 3.3 billion tonnes CO2 in 2013, accounting for 8 per cent of total CO2 emissions. The atmospheric CO2 growth of 2.54 parts per million (19.8 billion tonnes of CO2) was high in 2013, reflecting the increase in fossil emissions, and smaller and opposite changes between the ocean and land carbon sinks compared to the past decade.

The emissions growth for 2014 brings the cumulative emissions of CO2 to a record high of 2000 billion tonnes of CO2 since 1870. In a companion paper published in Nature Geoscience based on these findings, Prof Pierre Friedlingstein and colleagues reveal that total future CO2 emissions cannot exceed 1200 billion tonnes – for a likely chance (66 per cent) of keeping average global warming under 2°C (since pre-industrial times). At the current rate of CO2 emissions, this "quota" would be used up in around 30 years. This means that there is just one generation before the safeguards to a 2°C limit may be breached. The international team of climate scientists says that to avoid this, more than half of all fossil fuel reserves may need to be left untapped.

The Global Carbon Project's report each year incorporates data from multiple research institutes around the world on carbon dioxide emissions, carbon increase in the atmosphere, and land and ocean sinks for its annual assessment of the Earth’s carbon budget. The "Global Carbon Budget 2014", led by Prof Le Quéré, Director of the Tyndall Centre at the University of East Anglia, with 59 co-authors from 10 countries and 49 institutions, is published in the "living data" format to provide the highest transparency and traceability in the reporting of this set of key indicators and drivers of climate change.

Prof Corinne Le Quéré says: "The human influence on climate change is clear. We need to act fast to rapidly reduce CO2 emissions from burning fossil fuels if we are to limit global climate change. We are nowhere near the commitments necessary to stay below 2°C of climate change, a level that will be already challenging to manage for most countries around the world, even for rich nations."